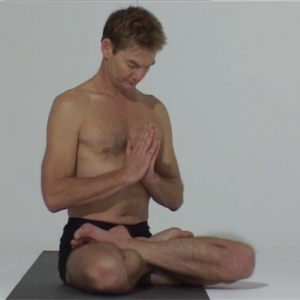 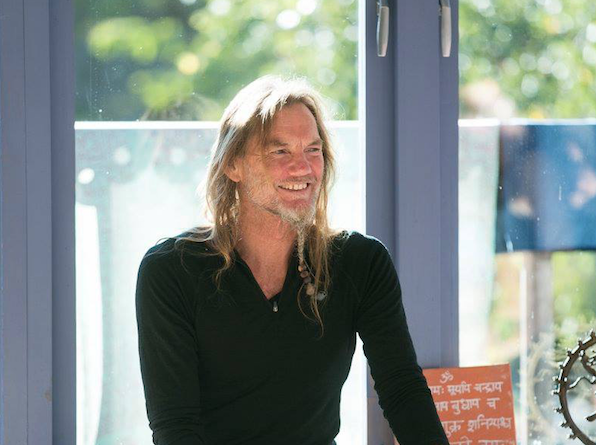 John Scott is an internationally acclaimed Ashtanga Vinyasa Yoga teacher.  This site maintains a registry of Apps available to help students and teachers both learn John’s method of counting the Ashtanga Primary and Second series as well as an introduction to John’s teachings.  Available on iOS/Android/MacOS and AppleTV

The Community App is now available via Clanns Online or direct from the Apple Store page!

The Practice Builder lets you configure your practice.  Click here for further details on this App

For those practitioners further through the practice this Second Series App covers the details of the Asana in this sequence. Click here for details

John Scott Yoga ✯✯✯✯✯
This app has many great features, one if them is John’s voice leading you through your practice. Another is the vinyasa count test and if you have been lucky enough to be taught by John personally you will know how important this is to know. Well worth the investment !

How’s your French?  John’s App is mentioned in the February issue of Elle Paris Magazine.  In the article ‘Detox by Yoga’, Stephanie Ferre the owner of Paris Yoga is interviewed on the benefits of Yoga.  Click here for details 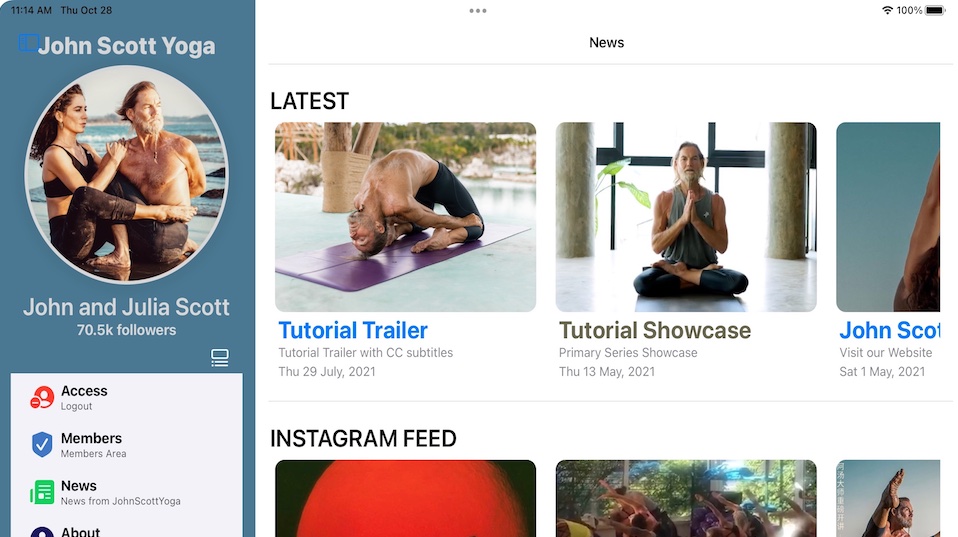 John and Julia are delighted to collaborate with Crescent 21 to bring you a new Community App for all the latest news, event information and media content all in one convenient App.  Clanns Online is a media aggregation application for groups who share a common sense of identity and allows you to easily locate all the media jump off points in one place. 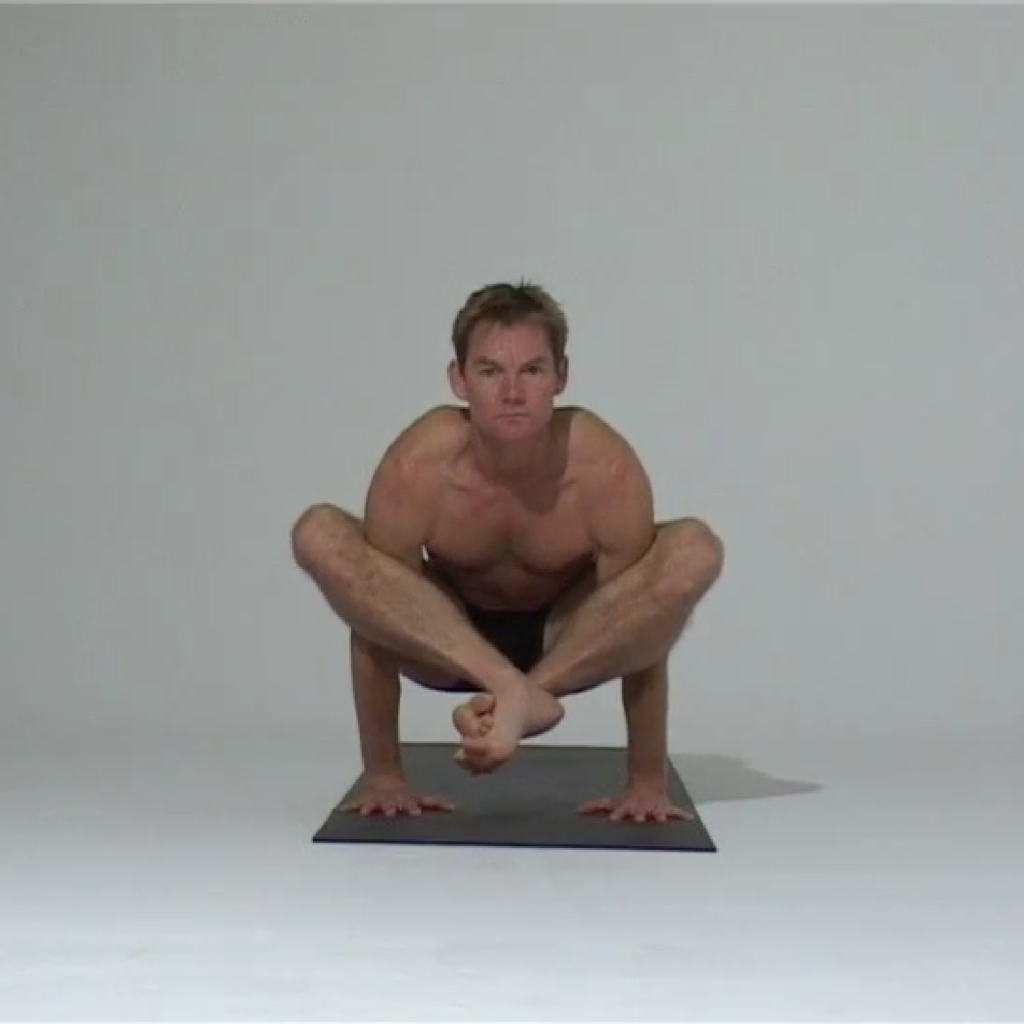 John’s Primary Series App is for Practitioners beginning their Journey or requiring a refresh of the Asanas in the first sequence of Ashtanga Vinyasa Yoga.  Filled with tools, quizzes and material to help you memorise the sequence of Asanas in Primary Series this App is an invaluable addition to your Asana tool chest. 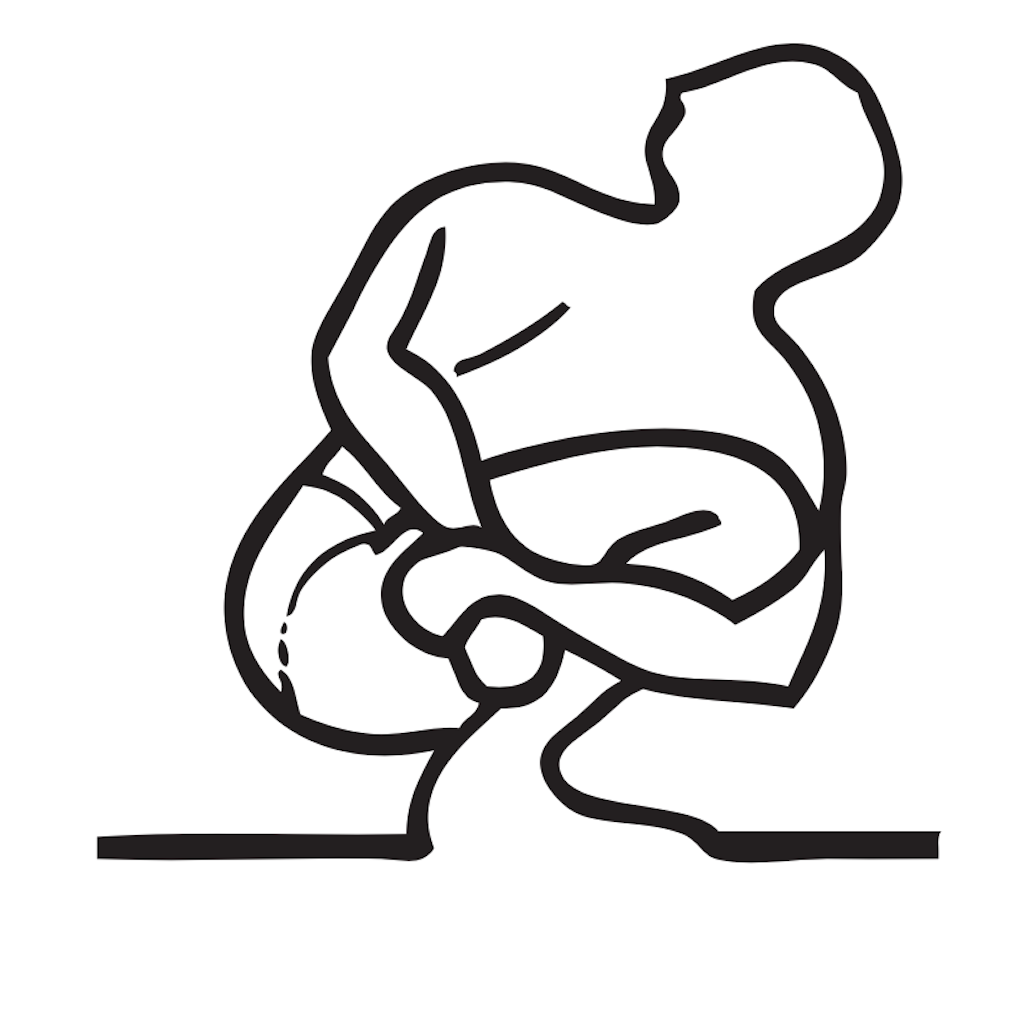 John’s Second Series App for Practitioners further on in the Ashtanga Sequence of Asanas.  This version is more focussed on providing you John’s unique instructional material for Second Series than providing tools for learning and memorising the sequence of Asanas.  We’re assuming here that you’re working through the practice under the guidance of your teacher Asana by Asana so this App is stripped back to the pair essentials for helping you progress through the Sequence

In collaboration with Alessandro Sigismondi Photography and Daily Yoga App, John is delighted to bring his Tutorial Series to members of Daily Yoga.   With a Pro account on Daily Yoga you get access to specific tutorials (with over-dubs) for Daily Yoga users with all content from the tutorial series.  See Daily Yoga App for more details 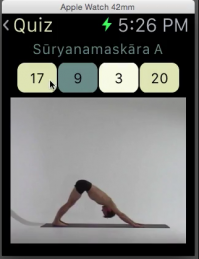 If you own one of these excellent watches and have John’s Primary Series App as well then you’ll discover that you can also access a subset of the Primary Series App on your Watch!  Complete with the full Asana Sequence and a wee quiz to keep you straight on the Asana Count. 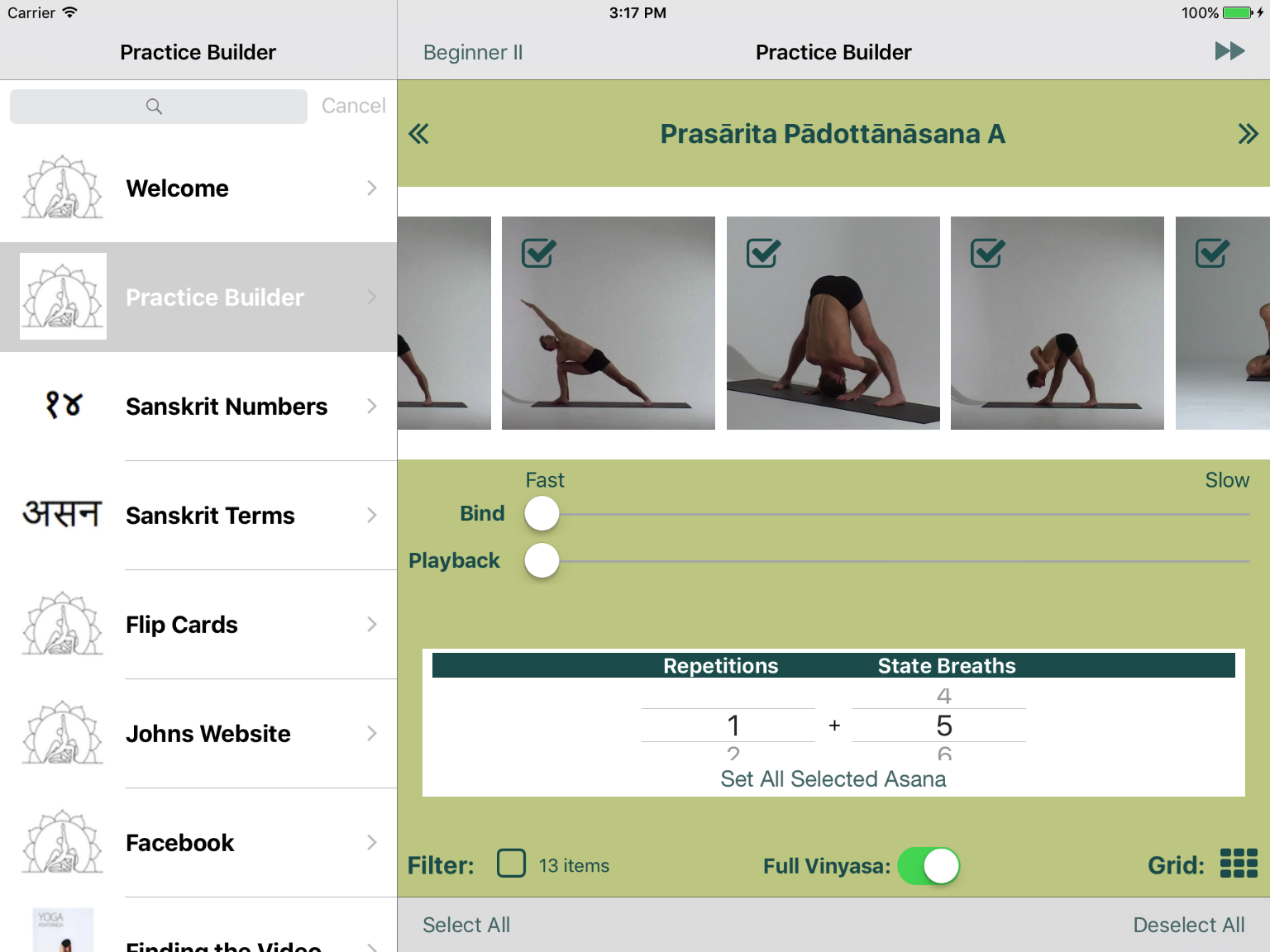 John’s Practice Builder App allows you to customise the Primary Series so you can spend longer in the Asanas you need to (and skip the ones you don’t!).  The Builder is useful when you really want to focus on specific aspects of your practice but are quite happy in others.  Add extra breaths, extra time, even repeat a posture multiple times.  Note that to keep in the essence of Primary Series the order of the Asanas is maintained! 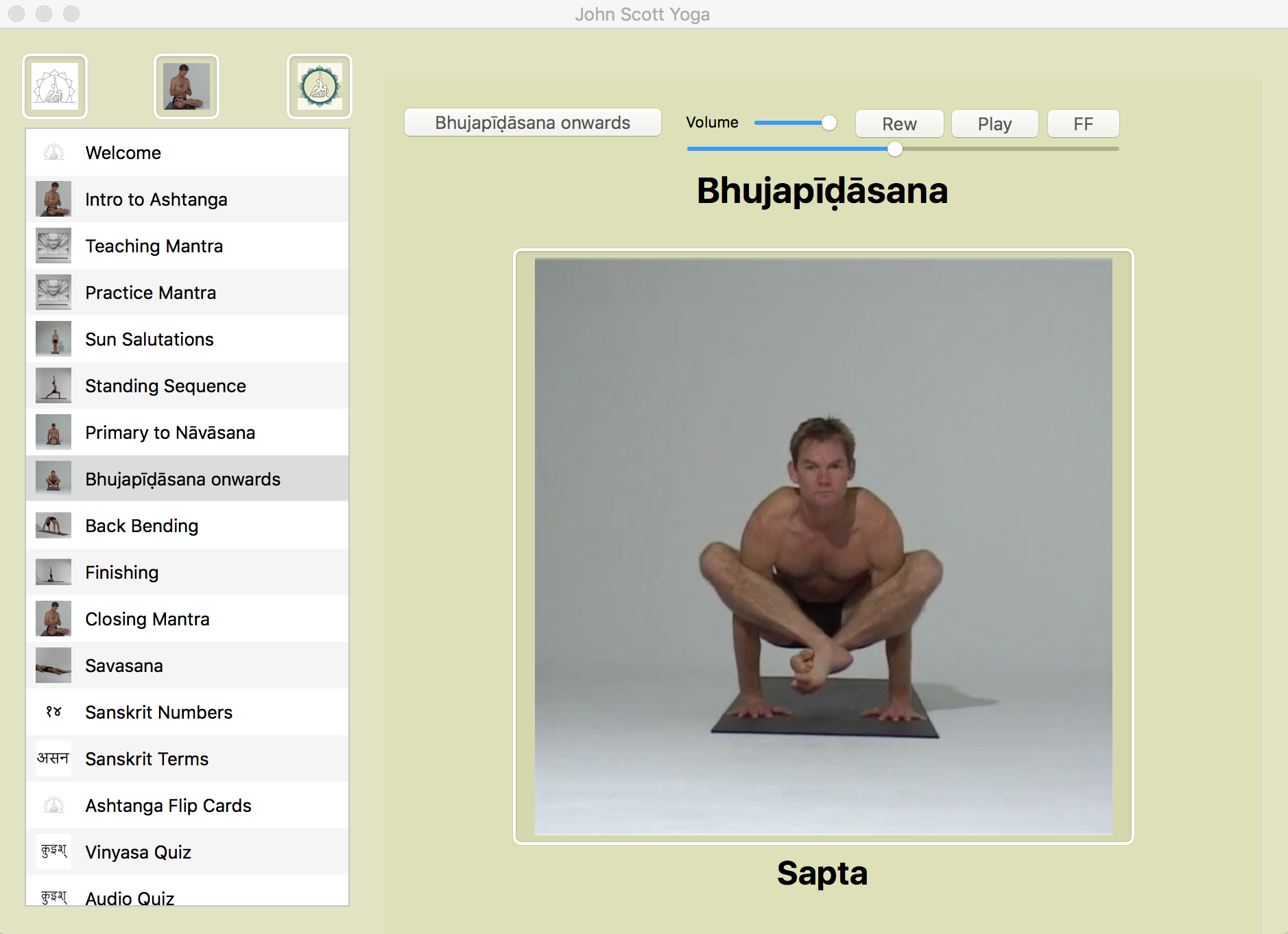 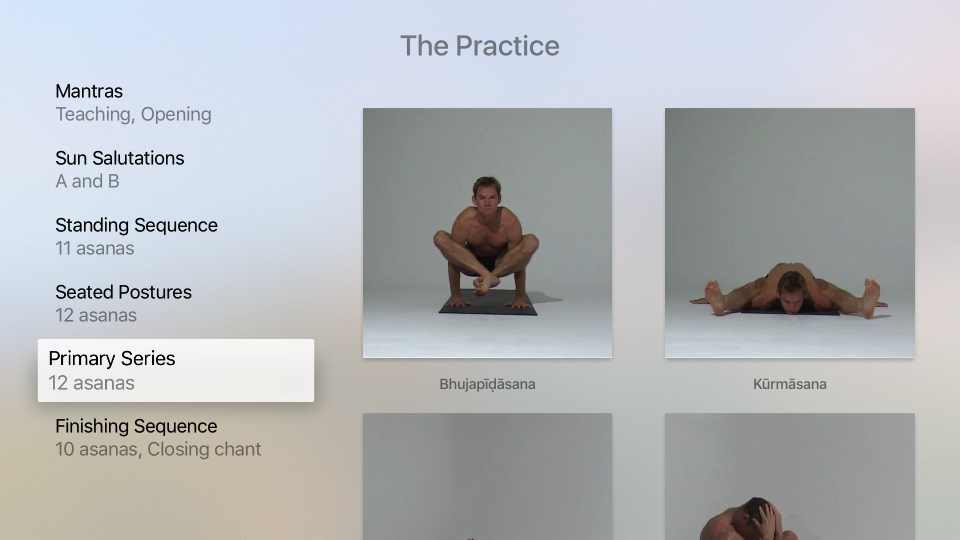 You can even run a specfic version of John’s Primary Series App on yout AppleTV device.   This Application assists you when it comes to learning the Vinyasa Count of the Primary Series including the Asana Names, their State and all important Vinyasa Count 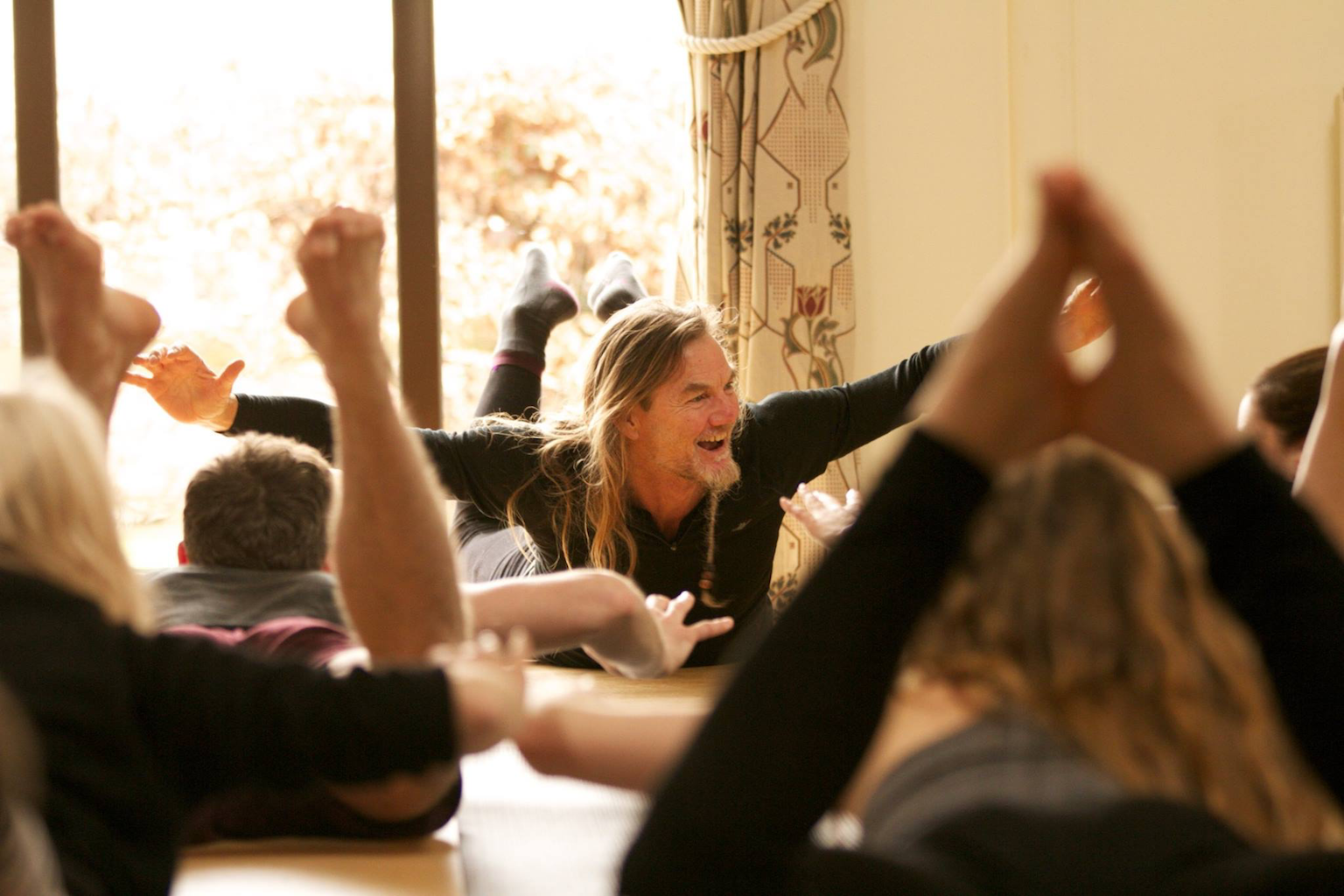 John’s growing Facebook page – Community Pages, Events and the Latest Information on his Senior Teaching Team.  With over 70.6k followers on Facebook and Instagram, John, Julia and the Senior Teaching team are reaching out to more and more students across the World.

Looking for details on the latest events, where John and Julia are travelling and relevant news and features from John’s Senior Teachers then this page is for you. 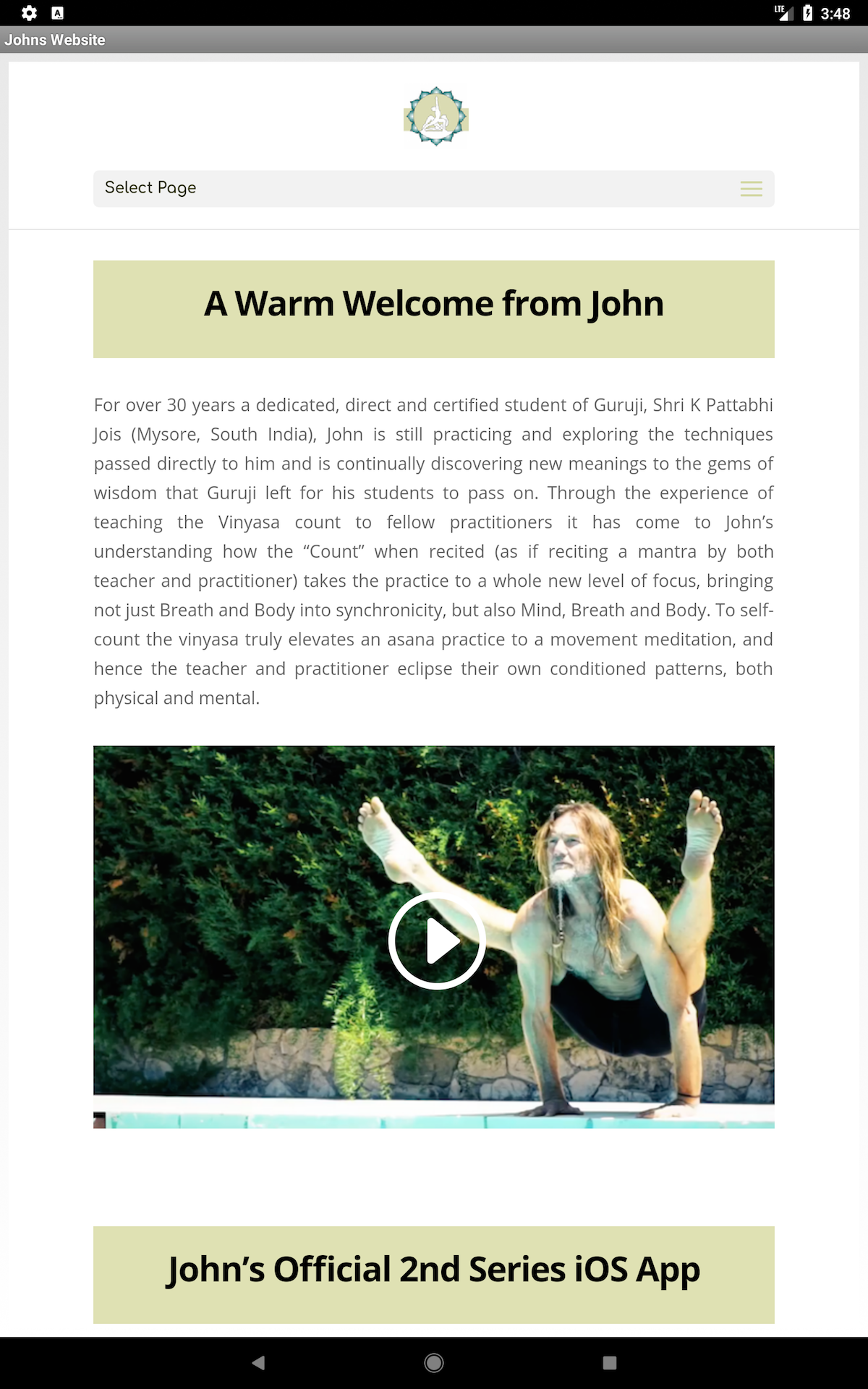 John’s Website Page for  details on John, his Senior Teaching Team, their Schedules and more up to date information on what’s happening around the world

“So what happened…  In the early days of practice at the Lakshmipuram Shala (the original Mysore Self-Practice), we didn’t know what Guruji was saying or meaning when he directed to us “Catvari!“. We thought “Catvari” meant ‘jump back’, because Guruji would say “catvari – jump back”. So we took that translation as ‘jump back’. We took ‘Panca’ as upward facing dog. We took ‘Sat’ as downward facing dog, ‘sapta’ as jump through – We thought ‘Sapta’ meant jump through!
It took us to Wake UP! To begin listening! To realise Guruji was actually counting in Sanskrit -4,5,6,7.
So it took a little student research to start the enquiry into Vinyasa. What did vinyasa actually mean.
Guruji called vinyasa “Counted Method” .
When my good friend Lino Miele was in France and witnessed Guruji counting the whole class through as One, he saw it all come together, and he took this counting on as a research project to document the Vinyasa.  Lucy and I became involved with Lino’s project and became very much part of Lino’s book. From that point onwards I made it my focus to learn Guruji’s Vinyasa Count.
In Guruji’s own book ‘Yoga Mala’ referring to the practice as a mala, a garland of postures, he refers to every posture having a ‘State’ and every state or ‘Asana’ has a specific number of counted vinyasa to enter and exit all choreographed to the Breath.
“The Vinyasa are all like beads, Choreographed breath/body movements, all to be counted and meditated on and it is the students requirement to learn this Counted method as a mantra for their own personal practice